For the past few versions of iOS I’ve had pretty good luck upgrading using my methodology.  I wait for at least the first point release (i.e. 9.0.1) before upgrading.  Well, this time that didn’t work because I’m having two problems on my iPhone 5S, even after upgrading to 9.0.2.

The first issue is not that big of deal.  When using the messaging app, sometimes a time indicator shows up in front of the new message text box making it impossible to see what you type.  Yes, it’s annoying but you can get around the issue by killing the messaging app and restarting it. 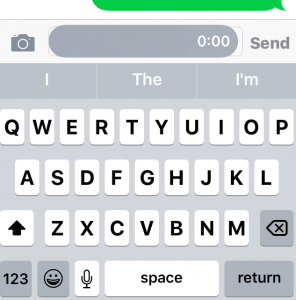 The second issue, unfortunately is a major inconvenience.  About once every other day or so the touch screen locks up.  That means you can’t answer the phone (because you can’t swipe to answer), you can’t hang up a call, you pretty much have to hard restart the phone.

I work around this problem by pressing and holding the power button at the top of the phone and the home button for about 10 seconds which performs a hard stop on the phone–not the preferred method, but pretty much the only option when the touchscreen is frozen.  Then press and hold the power button on the top to restart the phone.

If you search for this issue, some people say that it can be cause by upgrading from iOS 7 to iOS 9 directly, but I was running version 8.x before my upgrade, so if that is not what caused my problem.

By the way, I’m having no problems with iOS 9.x on my first generation retina iPad.

IT professional and entrepreneur with over 30 years of computer experience. He is an independent contractor providing senior level technology consulting services with a focus on Microsoft ASP.NET solutions.